Justice Nuss attended the University of Kansas (BA 1975) and Univeristy of Kansas Law School (JD 1982). After practicing law in Salina, Kansas, he was appointed to the Kansas State Supreme Court in August 2002, and in 2010 became the Chief Justice.

His Volga German ancestral home can be traced to the colonies of Kratzke, Kukkus, Dobrinka, and Müller. 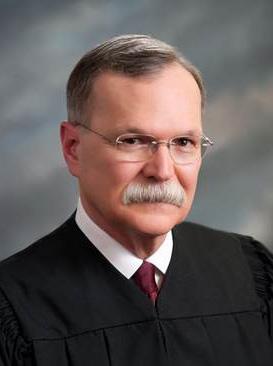