Boris Rauschenbach was a Soviet physicist and rocket engineer.  He developed the theory and instruments for interplanetary flight control and navigation.

Dr. Rauschenbach was born 18 January 1915 in St. Petersburg where his Volga German father had migrated to be the manager of a leather factory.  He died on 27 March 2001 in Moscow.

His Volga German ancestors come from the colony of Katharinenstadt. 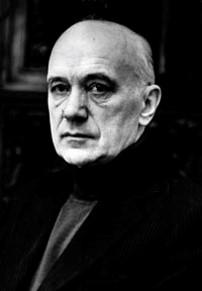