Franz Wilhelm Scheibel was born 7 February 1816 in the Volga German colony of Messer. He served as the schoolmaster in the neighboring colony of Kolb. He was one of the scouts selected to come to North America in 1874 to investigate opportunities for the Volga Germans to immigrate to the United States. He and the other scouts traveled by train to Hamburg, Germany, where they boarded the SS Schiller. They arrived at Castle Garden in New York City on 15 July 1874.

He and his family returned to the United States in 1876 led a group from Kolb that immigrated to Campbell, Nebraska.

There he was instrumental in the organization of St. Paul Lutheran Church (later called just the German Lutheran Church). He was ordained there on 14 January 1877. He also served parishes in Hastings, Friend, Lincoln, and Culbertson (all in Nebraska). He died on 29 November 1895 and is buried in the Harmony Cemetery in Bladen, Nebraska. 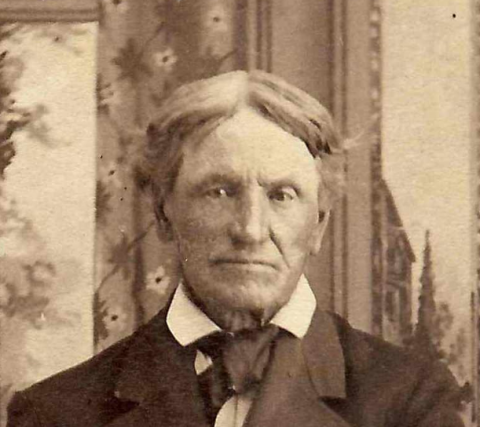