David "Sweeney" Schriner, son of David & Katherine Schriner [originally Schreiner], was born in the Volga German colony of Kraft on 30 November 1911. He and his parents arrived from Hamburg at the port of New York City aboard the Kaiserin Auguste Victoria on 6 February 1912 - recorded as passengers in transit to Calgary, Alberta.

David was known as "Sweeney" throughout his career as a professional ice hockey forward. He played 11 seasons in the National Hockey League (NHL) for the New York Americans and Toronto Maple Leafs. He was named Rookie of the Year in 1935 and was the NHL scoring leader in 1935–36 and 1936–37. He won two Stanley Cup championships with the Maple Leafs in 1941–42 and 1944–45. He was inducted into the Hockey Hall of Fame in 1962.

He married Marie Schneidmiller in 1931 in Calgary.

He died in Calgary on 4 July 1990 and is buried there in the Mountain View Memorial Gardens. 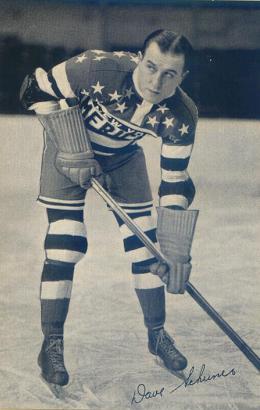 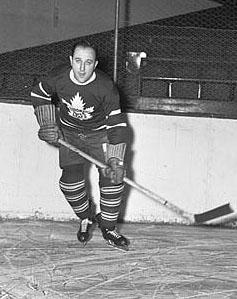 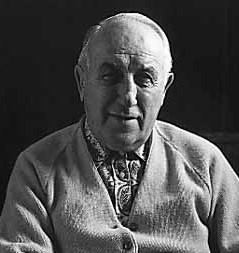