In 1984, Arnie Weinmeister was elected to what today is called the Pro Football Hall of Fame.

Arnie settled in Seattle where he was an organizer with the International Brotherhood of Teamsters. He also coached a local Seattle football team.

His Volga German ancestors came from the colonies of Dietel and Hussenbach. 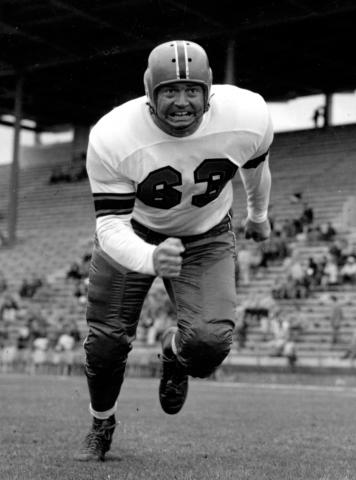 Arnie Weinmeister with the BC Lions (1954).
Source: Vancouver Public Library via Flickr Commons.