Trinity Lutheran's history dates back to 1872 when a group of German Lutherans arrived in what was then called Town Berlin (later called Great Bend). A congregation was organized in 1875 under the leadership of missionary Pastor Winkler.

The first church building was located on what is now the congregational cemetery. The cornerstone of the present facility was laid on 21 September 1919 and construction completed the following year. 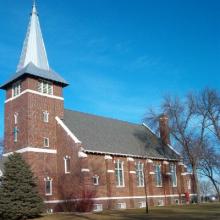 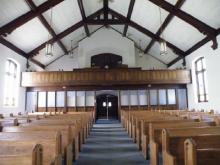