Colônia Tavares Bastos (called Streckerau by the settlers) is located in the municipality (district) of Ponta Grossa in the state of Paraná, south southwest of the city of Ponta Grossa. It was settled by Roman Catholic immigrants most of whom came from the Volga German colony of Streckerau, although some had been born in other colonies and moved to Streckerau before immigrating to Brazil.

The first group arrived in Rio de Janeiro aboard the SS Argentina on 18 October 1876.

The following Volga German families are known to have settled in Tavares Bastos: 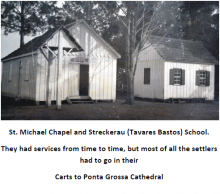 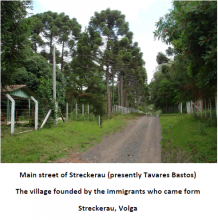 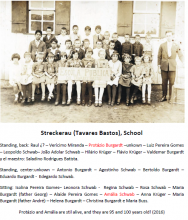