The parents and four of their surviving children immigrated to Russia, arriving from Lübeck at the port of Oranienbaum on 13 September 1766 aboard the galliot Die Perle under the command of Skipper Thomson.

Reinhard Ebert, his wife Catharina, and children (Anna Maria, age 24; Joh., abe 21; Johann Adam, age 18) are recorded on the list of colonists being transported from St. Petersburg to Saratov in 1767 along with a note that father Reinhard died in route.

The Oranienbaum passenger list records that Reinhard Eberhardt [sic] came from the German region of Fulda. 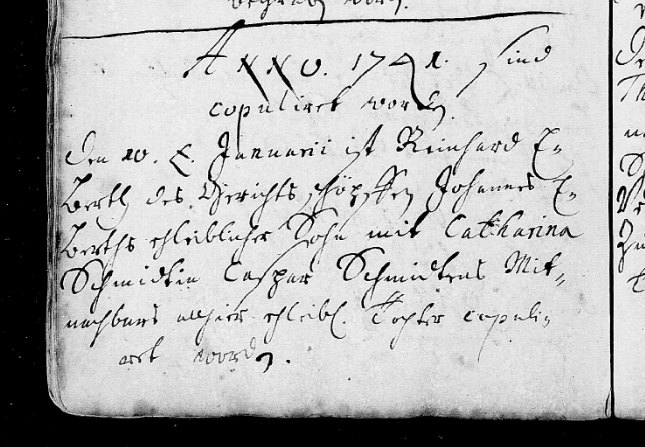 Entry recording the marriage of Reinhard Ebert & Catharina Schmidt on 10 January 1741 in the parish register of Burghaun.
Source: Maggie Hein.