Daughter Elisabeth married Lorenz Kalbin. She and her siblings (Philipp, age 12; Johann Ernst, age 7) are recorded on the 1767 census of Balzer in Household No. 86. They had settled there on 1 July 1767.

Son Valentin (age 16) is recorded on the 1767 census of Balzer in Household No. 8 along with the Heinrich Heft family. The 1767 census does not record a relationship between the Heft and Haberman families.

In 1788, Johannes Habermann moved from Balzer to Kukkus. In 1790, Philipp Habermann and his family moved from Stahl am Tarlyk to Balzer.

The Oranienbaum passenger list records that Kaspar Habermann came from the German region of Isenburg. 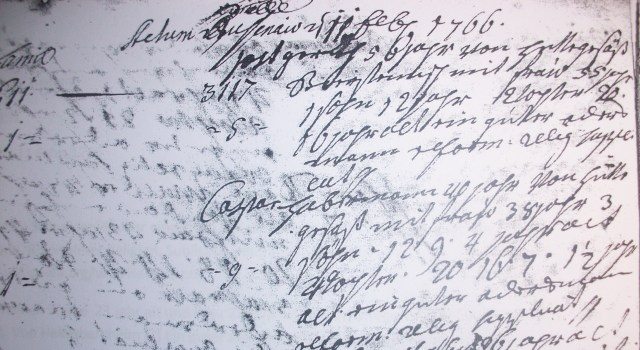