Gottlieb Pietsch, a cobbler, and his wife Anna arrived from Lübeck at the port of Oranienbaum on 13 September 1766 aboard a ship under the command of Skipper Johann Grapp.

They settled in the Volga German colony of Dietel. 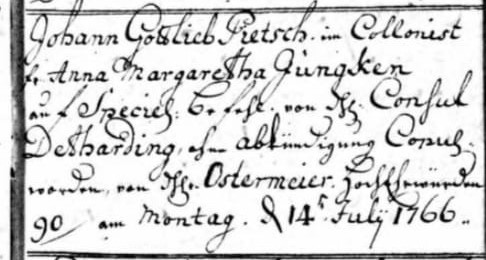