Johannes Streck was a cloth merchant in Gersfeld. He had been born 5 April 1733 in Gersfeld, the son of Johannes Streck & Elisabeth Limpert. His wife Maria Elisabeth Klüber, daughter of tailor Johannes Klüber, was born 22 September 1739 in Gersfeld. They married on 11 May 1756. They and three of their children (Johannes, born 7 June 1760; Margaretha, born 12 December 1762; and Johann Georg, born 23 January 1765) immigrated to Russia.

They arrived from Lübeck at the port of Oranienbaum on 14 September 1766 aboard a ship under the comand of Skipper Reders.

They settled in the Volga German colony of Walter on 25 August 1767 and are recorded there on the 1767 census in Household No. 15.

The Streck and Klüber lines can be traced back at least three generations in Gersfeld, and connect with the Limpert and Kammerzell families. 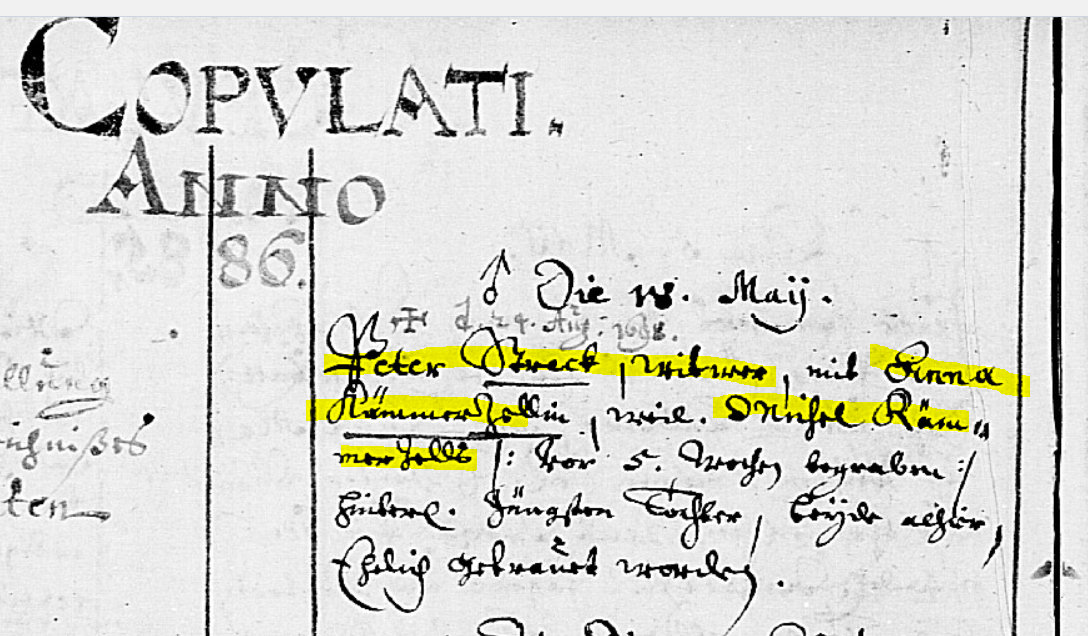 Entry from the Gersfeld parish register recording the marriage of widower Peter Streck and Anna Kammerzell, daughter of Nikolaus Kammerzel, on 18 May 1686.
Source: Maggie Hein. 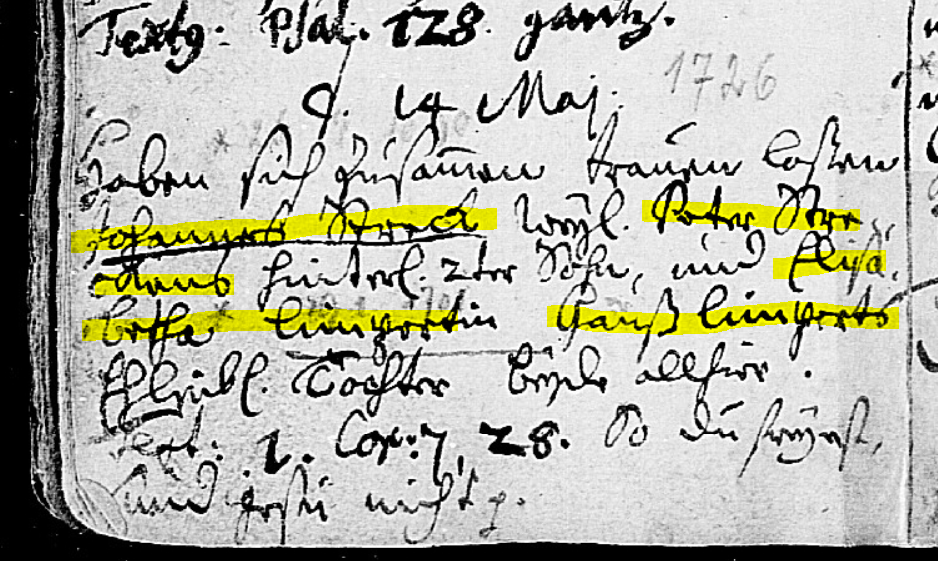 Entry from the Gersfeld parish register recording the marriage of Johannes Streck, son of Peter Streck, and Elisabetha Limpert, daughter of Hans Limpert on 14 May 1726.
Source: Maggie Hein.